What is the Difference between Botox and Dysport?

A quick and easy way to improve your appearance, Neuromodulators are prescription medications that are injected into muscles to improve the appearance of lateral canthal lines (crow’s feet), glabellar lines (frown lines between the eyebrows), and other areas of the face prone to lines and wrinkles due to the movement of the muscles of facial expression. The most commonly used neuromodulator is botulinumtoxinA, which comes in a variety of preparations from different manufacturers. This toxin works by temporarily blocking the signal from nerve endings to muscle, thereby weakening the targeted muscle. There are currently 3 brands of neurotoxin approved for cosmetic use: Botox, Dysport, and Xeomin.

Botox (onabotulinumtoxinA) is the most recognized brand of the three and has been in use the longest in the U.S. The name “Botox” has become synonymous with neuromodulators. It also seems to be the standard by which other products are measured in terms of onset, duration, and effectiveness of the desired effect – reducing the appearance of lines and wrinkles at the face. Botox is the only neuromodulator that is FDA approved for use at both the glabella and crow’s feet, although all three of the above products are routinely used “off-label” to treat other areas of the face.

Dysport (abobotulinumtoxinA) was the second neuromodulator approved in the U.S. It was FDA approved in 2009 for the U.S., but has had approval outside of the U.S. since 1991. It is approved for cosmetic use only at the glabella but, again, is often used off-label at other areas of the face and neck. Dysport uses the identical toxin as Botox, but has a smaller carrier protein. In theory, this allows for more spread of the product after injection. The Dysport does seem to have slightly faster onset of action compared to Botox and studies indicate that it has a slightly longer period of effectiveness (up to 4 months).

Xeomin (incobotulinumtoxinA) is the newest neuromodulator to the market. The drug was approved for cosmetic use at the glabella in 2011. The U.S. was the 20th country to approve the drug. The active ingredient, botulinum toxin A, is identical to botox. The difference with Xeomin is that the accompanying proteins, or carrier proteins, have been removed. Thus, it is pure neurotoxin and the company claims that it will cause fewer allergic reactions. In reality, allergic reactions to Botox are very rare, so this seems to be a moot point.

In summary, there are now 3 options available for the reduction of lines and wrinkles with a neurotoxin. Botox is still the standard by which others are measured. Dysport may have a slight edge on longevity. Xeomin may be a good option for people who have experienced allergic reactions to other toxins. Another consideration is the varying protein load of each product, which may lead to antibody formation and decreased effectiveness of the particular drug. If one of the neurotoxins seems to be getting less effective for an individual, it may be reasonable to try another product with a lower protein load.

We prefer to use Botox and Dysport at this point as they both have a great track record and we are very comfortable with the use of both products. You are invited to schedule a complimentary consultation so we can help you decide which neuromodulator is right for you. 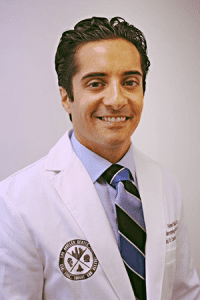 To schedule a private consultation please call the office or request an appointment online.